Audio and video related to the Peace of Westphalia

Rulers of the 17th century were often extraordinarily talented, although not necessarily in governance. Emperor Ferdinand III, for example, was the first of a series of Habsburgs to excel in music. Here is a section from one of his works that is so good it gives me the chills.  You can purchase the cd from Amazon.

I don’t have this album, so I can’t include a clip.  Gotta love that 17th century Baroque German spelling. 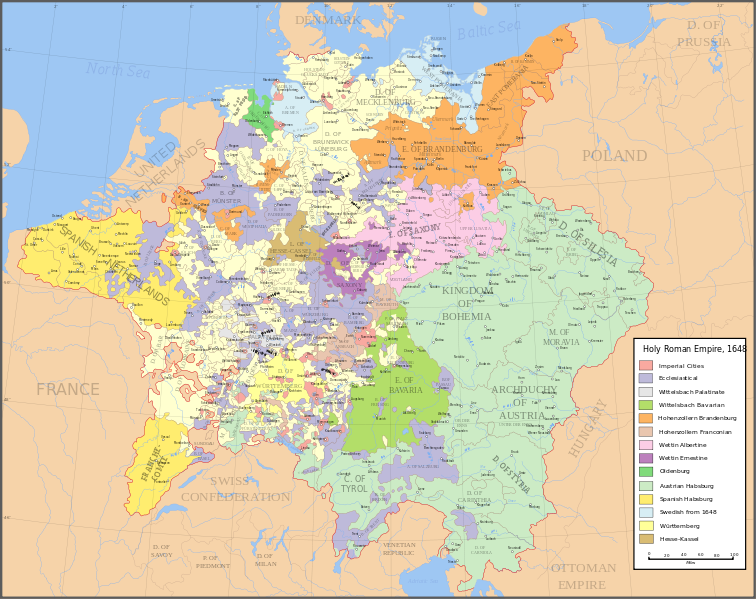 The colourful but maddeningly complex map above shows the Holy Roman Empire after the territorial changes of the Peace of Westphalia.   The light blue sections bordering the Baltic and the North Seas are Swedish gains.  You can see France jutting out a little into Alsace (the actual territory and rights that France gained were ambiguous, so you may see these represented in different ways.

Here is a much plainer — but saner — version that emphasizes only the updates made in 1648: 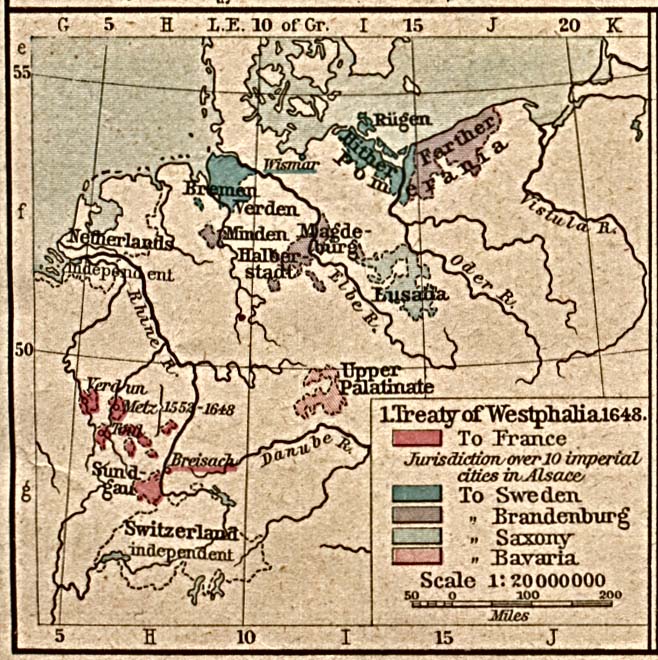 Territorial changes of the Peace of Westphalia

Here is a video that I made on the meaning of the Peace of Westphalia:

I made what I hope is the first of several short excerpts from my book, “Westphalia: The Last Christian Peace,” and put it on YouTube.  Hopefully an improvement on the previous video (I used real video-editing software this time).

There isn’t much humour related to the Peace of Westphalia, but the following video is hilarious.  You may recognize one of the characters as Hugh Laurie, who plays the title role  in the drama House.  Prior to taking on that role, he made a name for himself as part of a comedy duo with Stephen Fry in their show “A Bit of Fry and Laurie,” from which this was taken.

A friend sent me a link to the following hilarious skit on the Thirty Years’ War, which I’m afraid most of my readers will miss unless they happen to know German.  The soldiers are confused about which side they are on and who they are fighting, no surprise since it is 1646 and the war has been going on longer than some of them have been alive.  They discuss making peace, but conclude quickly that it would be impossible, because “then this war would go down in history as the 28 Year War.  How would that sound?”